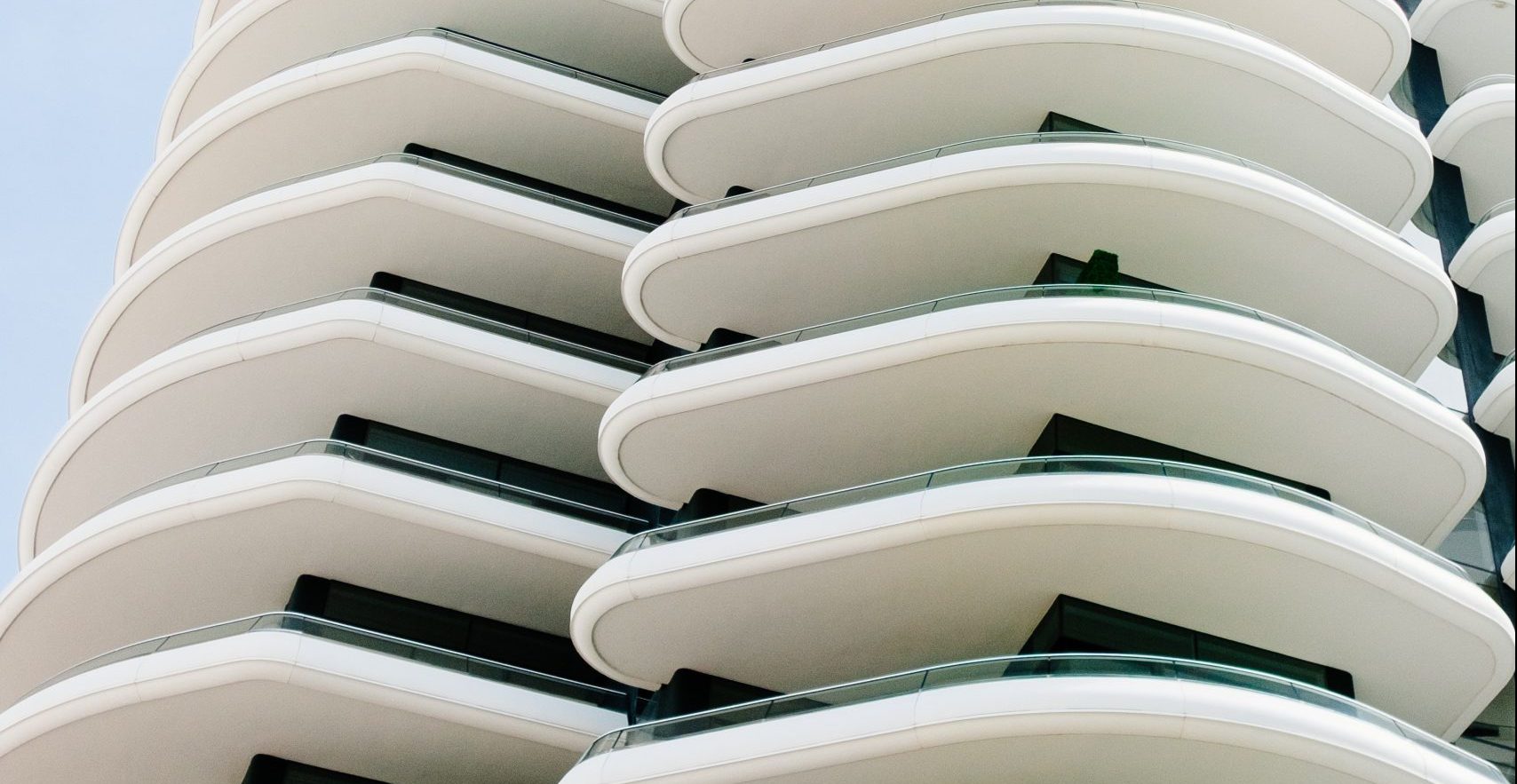 INSIGHTS: To combat inflation you need foreign workers – and somewhere to house them

You know the outlook for the Australian economy is volatile and unpredictable when forecasts for the next rise in interest rates are changing by the week.

As recently as last year, Reserve Bank Governor Philip Lowe was reluctant to call any official interest rate rises until 2024. Then in November he hinted at the possibility of a 2023 hike. Now Dr Lowe is telling us we could see the first rate rise in more than 11 years – yes, 11 years! – as soon as the second half of 2022.

On the raw numbers, the Australian economy is enjoying its best run in decades, with GDP growth hitting a 46-year high of 3.4 per cent in the December quarter and the unemployment rate holding at a 13-year low of 4.2 per cent.

What is changing – and what is clearly exercising the mind of Dr Lowe – is inflation. For the first time in almost a decade, inflation, which is currently running at an annualised rate of 3.5 per cent, is consistently within the RBA’s target band of 2-3 per cent.

Although Australia is faring better than many other industrialised nations – the US this month raised rates for the first time in four years to combat soaring inflation of 7.9 per cent – we are definitely experiencing our own bout of supply-side inflation. COVID-related international and domestic shortages, supply chain blockages and rising raw material costs, most recently energy and fuel prices due to the war in Ukraine, are driving up the costs of goods and services. The RBA is now openly calling this a ‘supply shock’.

One of the most obvious shortages in Australia is labour, which is affecting a wide range of sectors, including construction. And one of the key reasons for the shortage is the fact that our borders remain largely closed, shutting off the supply of working-aged temporary and permanent migrants who typically bolster our workforce.

The RBA is not yet seeing any signs of this translating into wages inflation. But Dr Lowe admits there are ‘uncertainties’, in part because we have no living memory of the effects of a sustained unemployment rate below 4 per cent.

What is certain is that ongoing labour shortages – exacerbated by the glacially slow opening of our borders – and a continued rise in the cost of living can only put upwards pressure on wages. Dr Lowe calls this Australian’s inflation ‘psychology’, and notes the risk that expectations of higher consumer prices can set off a self-reinforcing cycle of higher wages claims and inflation.

What does this environment mean for the property sector and for Qualitas?

We have talked previously about how commercial real estate lenders like Qualitas benefit from increases in official interest rates, which due to the structure of our loans translate almost directly into an increase in revenue and returns for our investors. A bigger, longer-term issue for the entire property sector is how Australia responds to the current pressures building in the economy.

One of the biggest swing factors is the pace that migrants, skilled workers and foreign students return to our shores. If we do not import workers fast enough, there are risks we will not have the labour to fuel the current rates of growth and/or that we will set off Dr Lowe’s feared wages and price spiral.

Clearly, governments will want to avoid those scenarios, both of which can end in severe economic pain for business and households. As such, we should be able to bank on a rapid reopening and an influx of tens of thousands of foreign workers and students.

The challenge – and the opportunity for the property sector – will be where to house them, where to feed and clothe them, and where to educate them.

As anyone trying to find a rental property at the moment will know, the market is already exceptionally tight, with rents rising and national vacancy rates at a 16-year low.

New research from consultancy Charter Keck Cramer shows the situation is only going to get worse, with a slump in new apartment commencements across the east coast predicted to create a severe undersupply of new homes in two years, just as international workers and students stream back into the country.

Charter Keck Cramer forecasts a 60 per cent drop in build-to-sell apartment completions across Sydney, Melbourne and Brisbane from 28,200 this year to just 11,400 in 2024. The fast-growing build-to-rent market will soak up some of the anticipated demand, with recent figures from JLL showing the national BTR pipeline doubling to 14,500 apartments last year.

But there is no doubt that more development, particularly in high-rise housing, is needed, along with the shopping centres, schools, hospitals, roads and other facilities needed to support a (re)growing population. And all of that development will require a source of capital – the kind that Qualitas through its various targeted funds can deliver.

Sadly, anyone hoping this coming wave of investment will ease the housing affordability crisis is likely to be disappointed. Thanks to the rising raw materials, labour and capital costs we discussed earlier, the cost to produce new buildings is rising.

With higher property end values, owners and investors will be looking for higher returns and, for homeowners and renters, that can only mean one thing.

No member of Qualitas gives any guarantee or assurance as to the performance or the repayment of capital. All data in this document has been calculated using the most accurate sources available, however any rates or totals manually calculated may differ from those shown due to rounding. Figures may also differ from those previously disclosed due to adjustments made following period end.

FEATURED IN: Why construction development is set to rise and how you can benefit

FEATURED IN: ‘The Roundtable – Build to Rent’

Thank you for subscribing to QRI updates.

Your privacy is important to Qualitas and we are bound by the current Australian privacy legislation. Qualitas is committed to ensuring the confidentiality and security of individuals’ personal information. In handling this information, we are bound by the Privacy Act 1988 (Cth) and the Australian Privacy Principles (which can be found at www.oaic.gov.au). Qualitas has developed a Privacy Policy which summarises Qualitas’s approach to privacy and how it collects, uses and protects Personal information. If you would like more information about how Qualitas handles your information please view our Privacy Policy.

By viewing the contents of or using this website, you as a user of this website agree to all of the following Terms and Conditions outlined in this notice without limitation or qualification http://www.qualitas.com.au/legal/.

Your privacy is important to Qualitas and we are bound by the current Australian privacy legislation. Qualitas is committed to ensuring the confidentiality and security of individuals’ personal information. In handling this information, we are bound by the Privacy Act 1988 (Cth) and the Australian Privacy Principles (which can be found at www.oaic.gov.au). Qualitas has developed a Privacy Policy which summarises Qualitas’s approach to privacy and how it collects, uses and protects Personal information. If you would like more information about how Qualitas handles your information please view our Privacy Policy.

By viewing the contents of or using this website, you as a user of this website agree to all of the following Terms and Conditions outlined in this notice without limitation or qualification http://www.qualitas.com.au/legal/.

Thank you for submitting your details to download the BondAdviser Report

If you agree to the conditions on this page, you will be given access to an electronic version of the product disclosure statement for the offer of units in the Qualitas Real Estate Income Fund (Fund) dated 8 October 2018 (PDS). The PDS is issued by the Trust Company (RE Services) Limited (Responsible Entity) in its capacity as the responsible entity of the Fund was lodged with the Australian Securities & Investments Commission (ASIC) on 8 October 2018.

The information on this page is not part of the PDS.

Capitalised words used on this website have the meaning given to them in the PDS unless they are defined with a different meaning on this website. Neither ASIC nor the Australia Securities Exchange (ASX) takes any responsibility for the content of the PDS or for the merits of the investment to which the PDS relates.

Before downloading, printing or viewing any of the documents on this website, including the PDS, you must carefully read the terms set out in this notice.

The PDS is an important document that should be read in its entirety before deciding whether to participate in the Offer (as referred to below and set out in the PDS). You should rely only on information in the PDS and any supplementary or replacement document. If after reading the PDS, you have questions about the Offer, you should contact your professional advisers.

The Corporations Act prohibits the acceptance of applications or the issue of Units in the period of 7 days after the date of lodgement of the PDS with ASIC. This period may be extended by ASIC by up to a further 7 days. This period is an exposure period to enable the PDS to be examined by market participants prior to the raising of funds. Applications received during the exposure period will not be processed until after the expiry of that period. No preference will be conferred on Applications received during the exposure period.

Warning – This information does not constitute an Offer of Units

No action has been taken to register or qualify the documents on this website, the Offer or Units, in any jurisdiction other than Australia and New Zealand. The distribution of the documents on this website (including the Offer Document) outside Australia and New Zealand is restricted by law. You should inform yourself of and observe such restrictions and should seek your own advice on such restrictions. Any non-compliance with these restrictions may contravene applicable securities laws.

By continuing you represent, warrant and agree that:

Applicants with enquiries concerning the Application Form or relating to this PDS  and the Offer should contact the Qualitas Real Estate Income Fund Offer information line on 1300 420 177 within Australia or  +612 8022 8575 from outside Australia, or  via email at qualitas@automicgroup.com.au,  or by live webchat available at  www.automicgroup.com.au.

Click here to indicate that you have carefully read and agree to the terms set out in this notice.